The Madison College Journalism Department offers professional writing and visual journalism courses for a wide range of students. Our philosophy is one that is inclusive, rather than exclusive. We invite students to experience journalism through one or two of our courses and encourage students to "test out" their interest in the media by contributing to Madison College's student news organization, The Clarion. If students feel journalism is a right fit for their interests, personality and life goals, we encourage students to continue taking journalism courses with the intent of earning a Journalism Certificate. 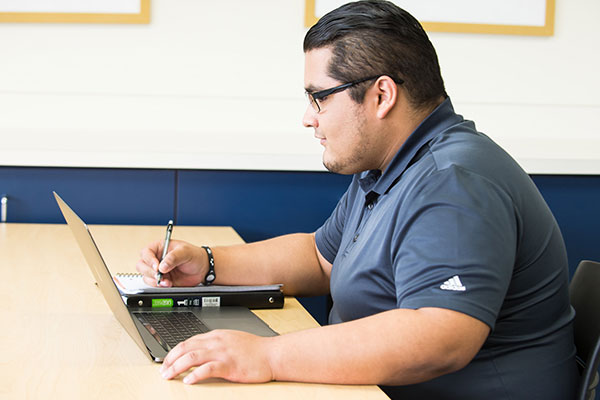 This introductory course in journalism provides students with a better understanding of the unique role and responsibility of the journalist working in a democratic society.

Focuses on the history, evolution, and societal role of our media.

Madison College has established many internship programs with local media, public relations agencies, non-profit organizations, and businesses. Through these internship programs, our journalism students have the opportunity to gain on-the-job experience and make important media and industry connections. In addition, journalism internship students can earn college credits while working at their internship locations.

Below are examples of internship possibilities for journalism students: 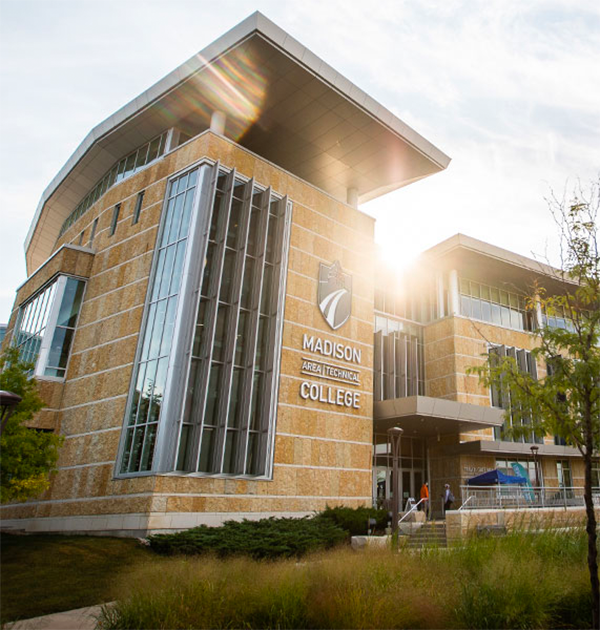 Prior to teaching, Larry D. Hansen was a journalist for daily newspapers and magazines for about 15 years. He has been staff reporter for newspapers such as Maine Sunday Telegram, The Northeastern magazine, and The Redwood Gazette, as well as being a regular contributor to USA Today. In addition, he has contributed stories to more than 100 publications, such as Seattle Times, Boston Globe, New Zealand Herald, The Western Australian, Venture magazine, New Hampshire Times, and the Portland Magazine, to name a few. With a bachelor's degree in mass communications from Minnesota State University/Mankato, Larry later earned his Master of Fine Arts Degree in Literary Journalism from Goddard College in Vermont. His master’s thesis evolved into a 387-page manuscript about his 16-month journey traveling America and documenting his perceptions of myriad subcultures within our country: the Hopi Indians of Arizona, the Amish of Pennsylvania, the Cajuns of the Louisiana bayou, to name a few. Larry has been a full-time communications and journalism instructor at Madison College since 1997. He is also the lead co-chair of the college’s Communications and Performing Arts Department.

Natasha Kassulke is the manager of strategic communications for the Office of the Vice Chancellor for Research and Graduate Education (OVCRGE) at UW-Madison, former editor of Wisconsin Natural Resources magazine and past president of the board for The Daily Cardinal Media Corporation. Before that, she was an event planner/publications advisor at UW-Madison and speechwriter for the DNR Secretary. She began her career covering breaking news events for the Wisconsin State Journal and went on to earn a column as a feature writer. She reported for the Wisconsin State Journal for 10 years. She has led social media efforts at the DNR as well as at the OVCRGE. She has a bachelor’s degree in English and biology from Edgewood College and a master’s degree in Journalism and Mass Communications from UW-Madison.

Radio news veteran Terry Bell’s name is familiar to many in Madison and around Wisconsin. He shares his nearly 30 years of broadcast journalism experience with his students at Madison College. As an anchor/reporter for the Wisconsin Radio News Network, Terry's newscasts can be heard every weekday morning on WIBA-AM in Madison and WISN-AM in Milwaukee. Terry's work has been recognized with numerous awards from the Wisconsin Broadcasters Association, The Associated Press, The Milwaukee Press Club, and the Northwest Broadcast News Association. Terry is also the former longtime host of "Morning Edition" on Wisconsin Public Radio. Prior to that, Terry worked in radio and television news in Oshkosh, La Crosse, and Eau Claire. Terry holds a Bachelor of Arts Degree in Mass Communications from the University of Wisconsin-La Crosse. He was honored with the Douglas Carnes Memorial Scholarship, UW-L's highest award for broadcast journalism achievement. Terry has been teaching a wide array of journalism courses at Madison College since 2014. He's also a visiting instructor of journalism at Beloit College.

Cathy DeShano’s passion for journalism was ignited by a middle school teacher, and she has been interviewing people and writing ever since. Cathy has have more than a decade of professional experience as a writer and editor for both newspapers and print and online magazines. In recent years, she recruited and trained community members for a citizen journalism website, Madison Commons, to report on the people, issues, and ideas of their neighborhoods and the city at-large. Cathy has a Ph.D. in Mass Communication from University of Wisconsin-Madison, a Master of Science Degree in Journalism from Boston University, and a Bachelor of Arts Degree in English from Alma College.

Nancy Stillwell is an Emmy-winning video journalist with experience in news, children’s and educational programming. She wrote and produced high-energy segments for Wisconsin Public Television’s acclaimed children’s show “Get Real!” Her work on “Get Real!” was recognized with two Midwest Emmy Awards. Nancy spent 17 years in TV newsrooms working in front of and behind the camera. She won both an AP Wisconsin Award and a Midwest Broadcast Journalists Association Award for a her documentary, “Standing Up to Stalkers.” Nancy received her bachelor’s degree in in journalism from the University of Wisconsin-Eau Claire and a master’s degree in communication from the University of Wisconsin-Whitewater.

Contact the School of Arts, Humanities and Social Sciences